Tim Draper, one of the billionaire venture capitalists expressed his vision that world governments printing money to cushion the blow from the COVID-19 pandemic could make people flock to Bitcoin (BTC) once the dust settles, according to his new interview.

Draper expects that geographical boundaries will stop making much sense, which will spur the adoption of the frictionless cryptocurrency.

The fear could be worse than the virus

The billionaire investor appeared under fire after tweeting that shutting down entire economies would lead to more deaths than the virus itself. His message, which was also channeled by ‘Bitcoin Jesus’ Roger Ver, didn’t sit well with those who were concerned about the sharpening curve of the pandemic.

Draper doubled down on his earlier tweet, claiming that governments could be overreaching with their draconian measures. At the moment, almost four billion people around the globe are under lockdown to prevent the spread of the deadly disease.

Bitcoin instead of money printing

The venture capitalist pointed to the fact that the same governments that basically ‘tanked’ the world economy were going to top up monetary stimulus to save it. The U.S. Federal Reserve recently initiated unlimited quantitative easing to shore up the virus-hit economy.

“And then they are gonna be printing all this money to try to get the economy back after they’ve basically tanked it. And now, trying to get it back, they are going to flood it with a bunch of money, and that money is going to be worth less, and less, and less” Draper said.

This, according to Draper, will make people question whether they want dollars or BTC.

Earlier, he opined that crypto, not world governments, would save the day after this crisis. Meanwhile, Mike Novogratz of Galaxy Digital predicted that 2020 could be the year of Bitcoin. 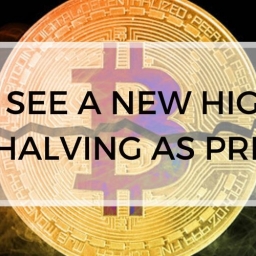 Will we see a new high after Bitcoin halving as predicted?
April 28, 2020